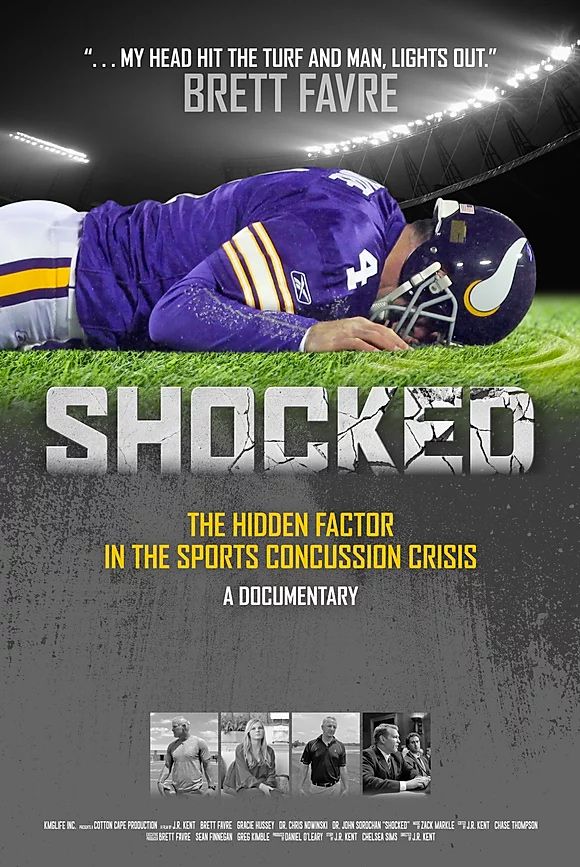 "Shocked" - A Documentary by KMG Pictures

Brett Favre, in partnership with KMG Media, announced today the premiere of the documentary "Shocked: A Hidden Factor in the Sports Concussion Crisis." The documentary short, where Brett serves as Executive Producer, will premiere on the new 24/7 multiplatform sports network, Stadium, on Jan. 11 at 6:30 p.m. ET. 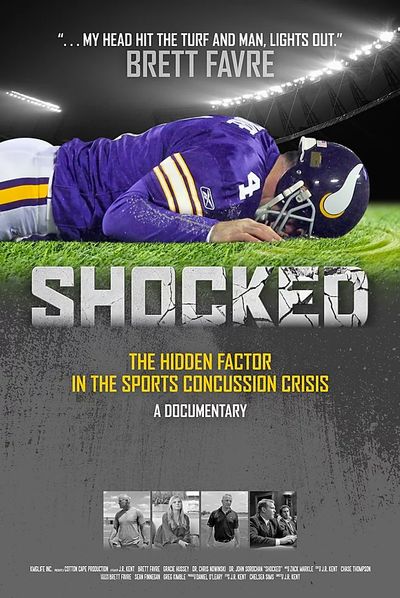 "Shocked" sheds light on Favre's career-ending head-to-turf concussion and explores what preventative measures can be taken to make the playing environment safer for all athletes at all skill levels.

"Shocked" takes an intimate look at Brett's career and his concerns for the future, and parallels the experience with Gracie Hussey - a 17-year-old girl living with Post Concussion Syndrome from head-to-turf injuries suffered when she was thirteen. Shocked unveils deeply personal stories, supported by interviews with leading researcher, John Sorochan, Ph. D. of the University of Tennessee - Turfgrass Research Center, the President of the Concussion Legacy Foundation, Chris Nowinski, Ph.D., and others.

Viewers will have access to the "Shocked" debut nationally via Stadium's broadcast television channel (link to local listings). It will also be available on Stadium digital platforms including WatchStadium.com, the Stadium iOS and tvOS apps, the Stadium Android app, Twitter (@WatchStadium) and Pluto TV on Channel 207.

Immediately preceding the debut of "Shocked" on Jan. 11, Brett Favre will appear on Stadium's signature studio show, "The Rally," at 6:00 p.m. ET, discussing his involvement in the documentary. Viewers can watch the interview on all of the Stadium platforms referenced above.

Shocked will re-air several times throughout the month of January on the Stadium network.